The double homicide I describe in this episode occurred on a secure Coast Guard base near the town of Kodiak, Alaska on Kodiak Island, approximately 60 miles from where I live. This murder happened toward the end of the most brutal winter anyone on Kodiak can remember, and when the police did not quickly apprehend the killer, tempers flared, and citizens carried firearms wherever they went. Our mail plane pilot, reporting the news to us on his weekly stop, compared the residents in town to a powder keg ready to blow. When it was all over, many in law enforcement and the judicial system praised the investigation, but at the time it seemed as if no one was doing anything to look for and apprehend the killer.

On April 12th, 2012, meteorologists predicted the temperature on Kodiak would soar to 50 degrees, and if it did, the residents of the island would enjoy the warmest day since October. Spirits lifted in Kodiak with this promise of spring, but the upbeat moods didn’t last long. Around 8:30 that morning, rumors spread through town indicating someone had been murdered at the Coast Guard base. When the rumors became more specific, and the whispers suggested the shooting happened at the rigger shop, the families of the small crew of men who worked there waited in dread. Soon, those rumors were confirmed. Not only had one man been killed, but two men were dead. 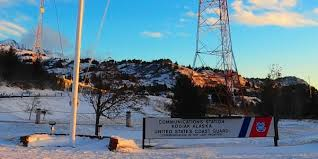 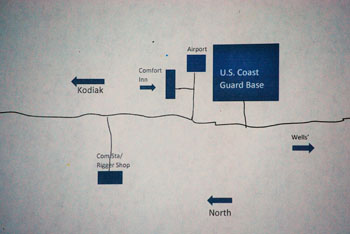